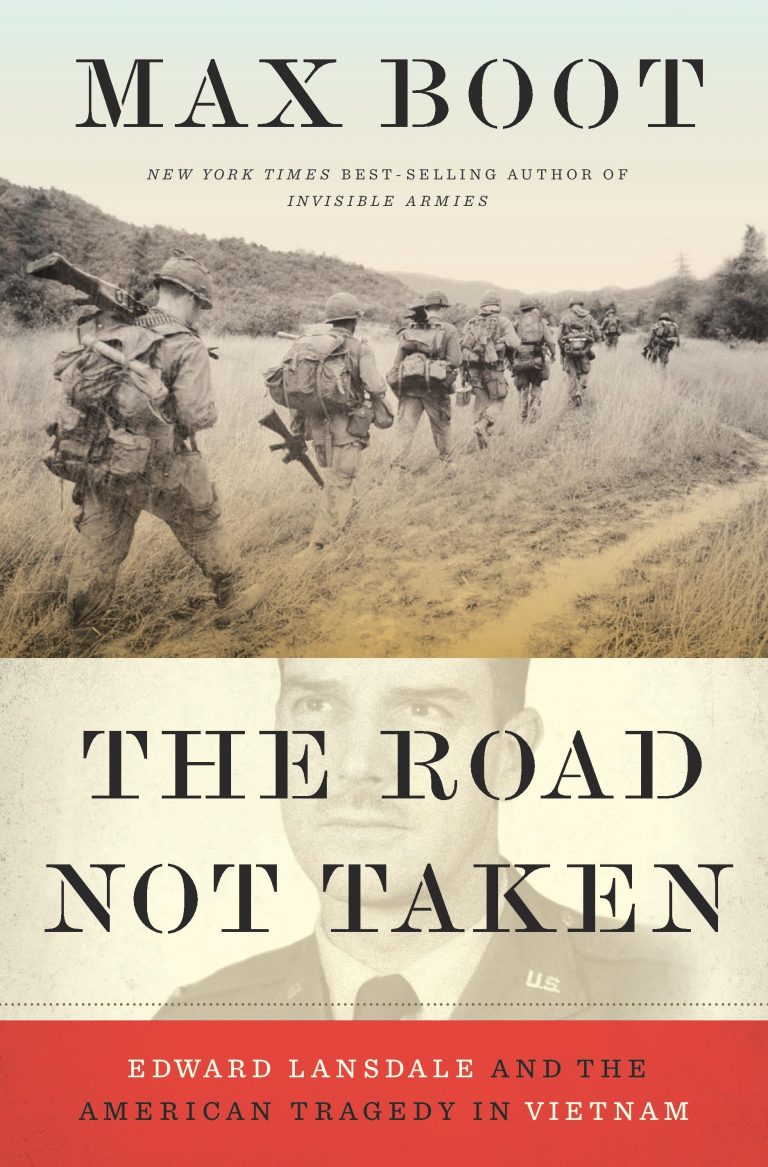 The Road Not Taken: Edward Lansdale and the American Tragedy in Vietnam by Max Boot is a balanced, well-documented history of post-WWII conflicts in the Philippines and Viet Nam seen partially through the eyes of an iconoclastic CIA agent Edward Lansdale.  The Filipino situation turned out to be a relatively successful U.S. mission, while the Viet Nam campaign devolved into errors and mistakes by various parties.  The author reveals the different degrees of culpability shared by the participants in the Viet Nam crisis.

Agent Lansdale was deeply committed to democratic ideals and political fairness among local governments.  His holistic approach created a loyal response from local leaders.  He emphasized an in-depth orientation toward political and cultural issues as opposed to only military options.  In reality, his approach could not be easily adapted on a large, institutional scale in Viet Nam where the multiple bureaucracies reacted with considerable inertia, jealousy, and stonewalling toward his successes.  Although his private life was less than exemplary; he definitely contributed to the successful results of his work assignments.

The Philippines was characterized by a more fertile climate toward American outcomes.  The beneficial elements included an island not contiguous to communist adversaries, a female companion fluent in local languages, a territory with a recent quasi-American heritage, a former common enemy in Japan, and a desire to remain independent.  Lansdale had a large role in maintaining an ally in the Philippines government.  His efforts contributed to strong relationships with the politicians and the indigenous population in the country.

In contrast, the Viet Nam conflict represented a far larger scope of complex problems to the U.S. government and Lansdale.  In spite of decent progress by Lansdale; the official entities rejected his outreach to the Vietnamese leaders and village elders.

Examples: The French forces did not extend assistance to their American replacements.  Many South Vietnamese leaders did not demonstrate the ability to lead their countrymen.  The U.S. military intended to execute a conventional war plan focused on body counts.  The North Vietnamese participated in guerilla warfare and converting the population to their communist dogma.  The Western media operated on a sensationalist plane that at times misrepresented the actual facts.  The American infrastructure isolated and limited the support Lansdale received. This combination of major impediments thwarted any possibility to preserve South Viet Nam from communist domination.

The book confirmed my opinion that large external and internal forces complicated the pursuit of a lasting, long term victory for the United States in Viet Nam. Moreover, the book resonated with me as a reasonable and realistic evaluation of the massive challenges facing our diplomatic and military personnel. The bottom line conclusion was that the United States was woefully unprepared to conduct, adapt and respond adequately to the critical issues of the Viet Nam conflict.

David Harrison earned his B.A. at Princeton University and his M.B.A. at UCLA.  He served as a Lieutenant in the United States Marine Corps.  He spent two years (1968 and 1969) in Viet Nam.  He currently resides in Chadds Ford, Pennsylvania.