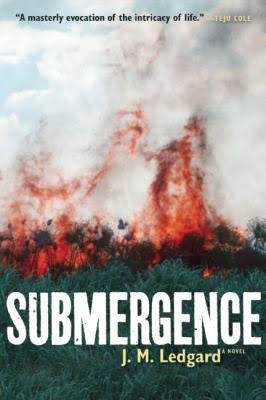 In my creative writing classes, students often praise a work of fiction for its “relatability.” Perhaps it’s natural to find value in the familiar, but I also challenge this claim and ask students to think about literature differently. Maybe we should read not to see ourselves but to see others.

It’s news to no one that divisions among various groups in the United States are growing rather than shrinking. This fact is one of the great ironies of globalization: the more opportunities we have to connect with others, the more we connect only with ourselves.

Consider the sudden popularity of J.D. Vance’s memoir Hillbilly Elegy among liberals after Trump’s win, or, in the wake of Black Lives Matter, Ta-Nehisi Coates’s Between the World and Me topping best seller lists and winning the National Book Award. Coates’s book, which is a crucial document of African-American life in today’s world and should become a timeless classic, was obviously read widely outside the African-American community.

I don’t bemoan this opening and of course applaud it: What we need is not a mirror but so many pairs of binoculars. Which is why we should regularly read more novels like J.M. Ledgard’s Submergence, a novel that challenges us to think not just about the United States but about our world, our planet, and even our place in the universe.

The story centers around James More, a British spy taken into custody in Somalia by al-Qaeda jihadists, and Danielle Flinders, a marine biologist preparing to dive in a submersible submarine into the deepest reaches of the Greenland Sea. We follow their stories—his captivity, her preparations—at the same time as we are told the story of their chance meeting and love affair in a hotel on the French Atlantic coast before being tossed to their separate fates. You may recognize a hint of Graham Greene here.

Interspersed between these three narrative threads are vignettes of non-fiction and reflections that range from the science of biomathematics; the strategy behind global jihad; the history of shipwrecks; the American killing of bin Laden; and the longest golf drive (it occurred on the moon), to name a few. Did I mention this novel is only two-hundred and eight pages?

These non-fictional asides contain both compelling and relevant nuggets of information and directly relate, albeit tangentially, to the ideas the novel is exploring. Consider this quotation Ledgard weaves in from the Russian anarchist Kropotkin: “‘Whenever I saw animal life in abundance… I saw Mutual Aid and Mutual Support carried on to an extent which made me suspect in it a feature of the greatest importance to the maintenance of life, the preservation of each species, and its further evolution.’” The narrator then says, “In other words, the unsociable species is doomed.”

This is one of the quiet arguments the novel is making. We have lost “Mutual Aid and Mutual Support,” or the very essence of our common humanity. And because of this loss, we may be rushing headlong toward our own destruction. So, yes, there is certainly the element of a warning here, and even a dose of the apocalyptic, but these ideas are filtered through the characters and don’t strike the reader as didactic.

The novel, which was published in 2011, is also incredibly prescient: “The thousands of illegal migrants who journey by sea, he was certain, would turn into millions. When the vessels and rafts were turned back, rammed sunk, as they inevitably would be, authoritarianism would follow. There would be race riots again. The walls were already built higher and into a maze. He was one of those laying the bricks.” Sound familiar?

But Legard isn’t given over to despair. The study of science and the universe and even the brain can reveal to us unknown secrets that may be the key to a more complex matrix of interconnectedness. For all the novel’s multi-genre, multi-dimensional, multi-national elements, at its core is a love story. This is the mystery. This is the pain.

Here is the scene of James and Danielle saying good-bye in France: “Then something strange happened to the light, the colors shifted, the parkland went blue, and she walked down the steps and put her arms around him and he kissed her tenderly on the lips and they understood they were in love. He knew her, had known her, would know her. Nothing was in reverse—not the snow, not them—everything was as it was meant to be.”

The struggle and the ability to find “what was meant to be” lies at the core of this novel. Love between two humans is but one aspect of the whole. The novel reminds us that the fight is not against but for one another: for other humans, for life in any form, for the planet itself.

Scott Laughlin’s fiction and non-fiction has appeared in Guernica, Great Jones Street, Post Road, The Los Angeles Review of Books, and other publications. He’s also contributed essays to the books A Manner of Being: Writers on their Mentors and Such Conjunctions: Robert Duncan, Jess, and Alberto de Lacerda. Scott has an MFA from Converse College and is Co-Founder and Associate Director of the DISQUIET Literary Program in Lisbon, Portugal. He currently teaches English at San Francisco University High School and parents two strong girls.