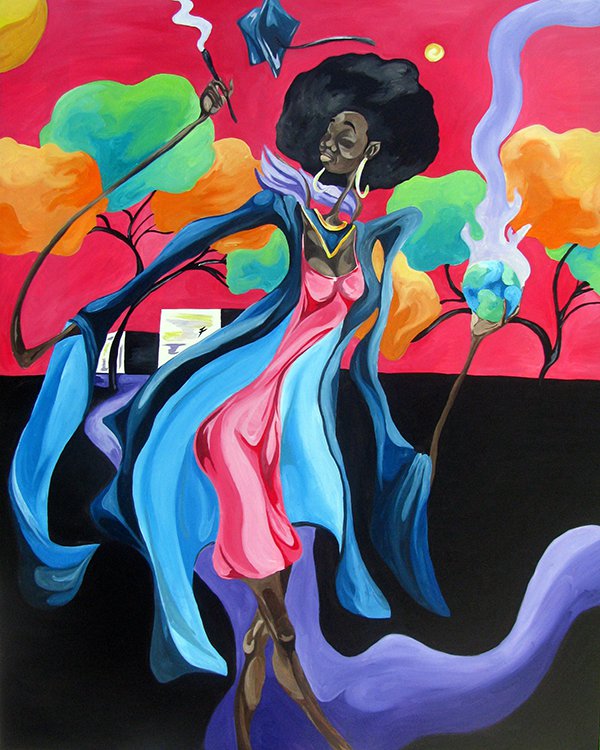 Jason “JaFleu” Fleurant is a self-taught Haitian American visual artist, and he is the co-founder of the non-profit Exhibit Treal. JaFleu began creating artwork after the earthquakes that devastated his family’s homeland of Haiti. Constantly creating and pushing himself, he developed styles that were instantly recognizable, and he found himself gaining national and international attention for his work. As of late, along Exhibit Treal co-founder Tracy Guiteau, JaFleu has used the acclaim and attention he has gained to promote and provide opportunities for fellow black emerging artists while giving back to his community.

A crop of this painting is located on this issue’s cover.