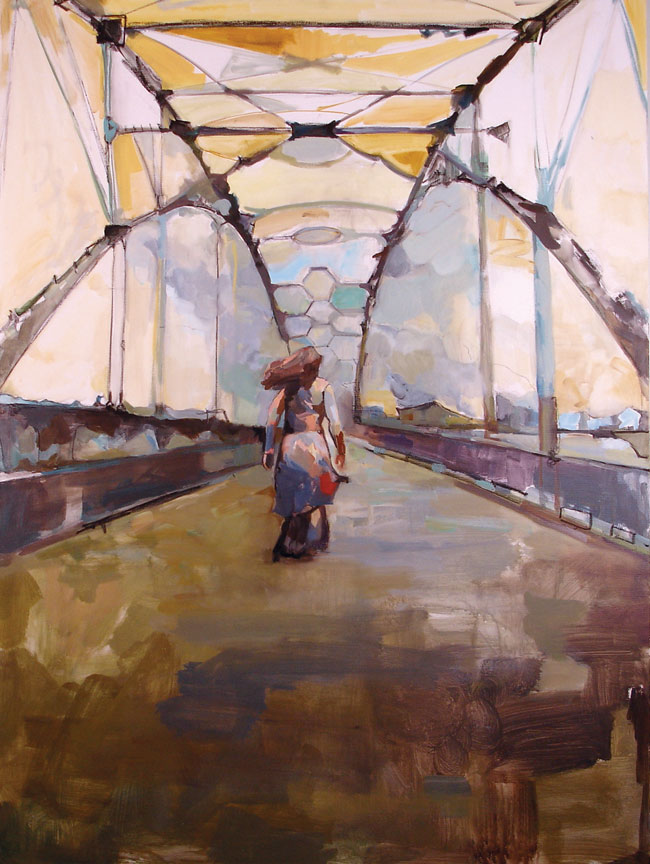 Shannon Plourde’s formative years began by seeing life thru the lens of Something More. Trained under former students of Alex Katz and Neil Welliver, she gathered the core intent of narrative painting. Influential instruction through figurative development laid the critical groundwork of drawing, the heart and soul of any painting. In Autumn 2007, she was granted a fellowship to Lacoste, France via her Alma Mater, the Savannah College of Art & Design. Employing the Provence landscape with its residual thrusts of lavender fields and crisp, rusty views forward, without forethought, became the means in which to tell the story of “Mending Is a Place of Certainty”. A theme that appeared in many forms prior, yet at once became a defined point of departure by catapulting still views into motion. Expressionistic marks along with vast pigmented washes begin compositional dialogue with threads of drawn lines to bring one into patch-worked paintings with drips that add their own character to the story. Shannon’s journey as a painter claims the foundation of narrative as profound, engaging viewers from all places and purposes of life to come close to her story of Mending. She encourages all her viewers to capture the views of Mending in all moments of Pain and Glory.