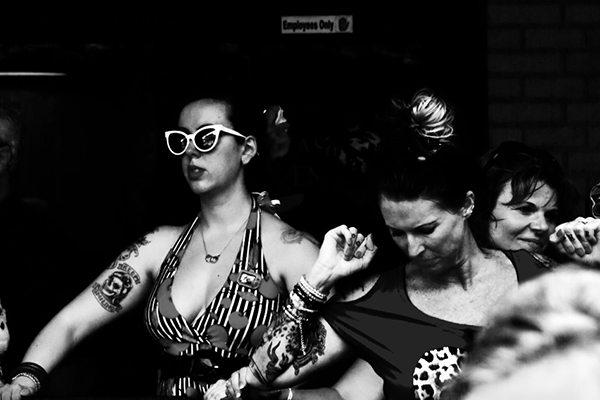 William C. Crawford is a writer and photographer based in Winston-Salem, NC. He was a combat photojournalist in Vietnam. He has published extensively in various formats including fiction, creative nonfiction, memoirs, book reviews, and essays. He had a parallel career as a social worker and community organizer. There, he wrote biting editorials on behalf of the powerless such as abused children, the frail elderly, and victims of enforced state sterilizations. He is known as Crawdaddy to his Yellow Lab, Scout.

Crawford’s photographic style, forensic foraging, emphasizes the trite, trivial, & mundane. The genre downplays extensive computer intervention. Basic photography skills such as composition and framing are important. The technique also flourishes because of high color saturation & contrast. Everything we encounter is shot and then selectively presented. You have to get out and shoot a lot to succeed with this approach.  Learn more at forensicforaging.com.

A crop of this photograph can be found on this issue’s masthead.